A program of the Indy Public Safety Foundation & IMPD 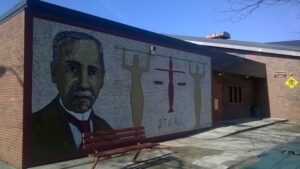 Born in 1855 in the town of Chillicothe, Ohio, James T.V. Hill moved to Indianapolis in his early years. Hill was first employed in Indianapolis as a postal clerk and later as a barber. Eventually he went on to attend the Central Law School and graduated in 1882. As a lawyer, Hill was one of the first black attorneys admitted to the bar in Indianapolis. This made his emergence into Indianapolis law very difficult. Active in the Indianapolis community, Hill served four years as a deputy prosecuting attorney for Marion County.

JTV Hill Center was established in 1961 and has been a staple of the Martindale-Brightwood ever since.  The center is currently the main location of the Indy PAL program and operated through a partnership between Indy Parks & Recreation, IMPD and the Indy Public Safety Foundation. 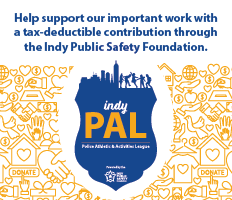